I often find disorganisation and clutter arises when the next step has not been completed. It could be the laundry hasn’t been put away, dishes are not washed or rubbish is not placed in the bin.

Why does this happen?

Common reasons why a task is not completed include:

Being aware of your next step to complete a task and acting on it will help reduce clutter.

When folding the dry laundry, make putting it away all part of the same process. You may put it away in a wardrobe or someone’s room for them to put away.

After using crockery and cutlery, finish the process by putting them in the dishwasher or washing them up. Your next step might be to put the dishwasher on or leave the dishes to dry.

Next steps will at some stage be interrupted by life. That’s ok. You just pick-up where you stopped, as soon as you can.

Completing next steps will allow you stay on top of your processes and tasks and leads to better organisation and less clutter.

Happy moving forward with your next steps!

View all posts by: Veronica Kennedy 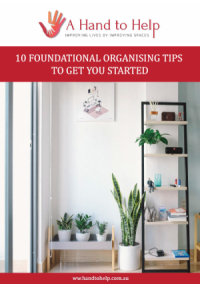 Subscribe to my newsletter to receive '10 Foundational Tips to Organisation'. You will also be able to keep up to date with all my helpful tips around the home to ensure your space is organised and your quality of life has improved.

You have Successfully Subscribed! 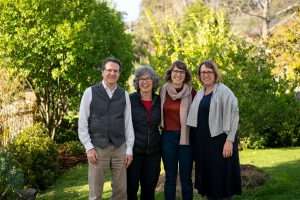